A single mother in Hamilton, New Zealand has claimed that downsizing was the best decision she made after separating from her husband.

Carol Armstrong came out of her marriage with an 11-year-old, not knowing what next especially when it comes to housing. They were living in a relatively large 5-bedroom home.

“We had lived in a beautiful five-bedroom home, but I always felt like I was chasing my tail (keeping the house tidy),” Armstrong says

“And because I work part time in the not-for-profit sector, I don’t have a large income to afford a big home on my own.

“I wanted to be mortgage free, so it was mainly about the cost. I needed somewhere close to school for my daughter, but I couldn’t even afford a two-bedroom unit in Hamilton. That’s when I started looking at tiny houses. I could see it would be possible to own my own home outright.”

Armstrong took nearly a year researching her options. Despite having already decided to downsize into a tiny house, she was very picky on the details, and most of the homes she saw online were not to her liking. One thing in particular; No stairs.

“I was very mindful of what would happen if all of a sudden I couldn’t use the stairs anymore. Coming down narrow stairs in the middle of the night wasn’t for me. I needed the house to be all one level,” she told Stuff.co.nz.

She physically visited a few tiny houses, and one she saw in Raglan caught her eye. It ticked all her boxes, and the price was fair too – $147,000 (95,000 USD). This was the price of all fixtures, fittings, appliances, transportation and installation.

Earlier, during a conversation about tiny houses with colleagues, Armstrong had found just the perfect location when a workmate offered a portion of their 11 acres.

“They have been extremely accommodating. It’s like going back to the days when you could ask a neighbor for a cup of sugar – those times when everybody helped each other out. This attitude is still alive and it’s so refreshing,” she said.

It’s now approaching 1 year since she moved in. Every second week when her daughter Caitlin is not with her father, she comes over to stay with her.

“She has remarked this place is tiny – the rumpus room in her father’s room is three times this size. But she never complains.”

“In time, we will remove the bunk beds to give her more space, but for now, they are great for having friends to stay.

“It’s a room to call her own and a place she can be proud of, and it means I can shut her off and not have to look at her toys or mess every five minutes.”

Armstrong’s own bedroom is on the other end of the tiny house. 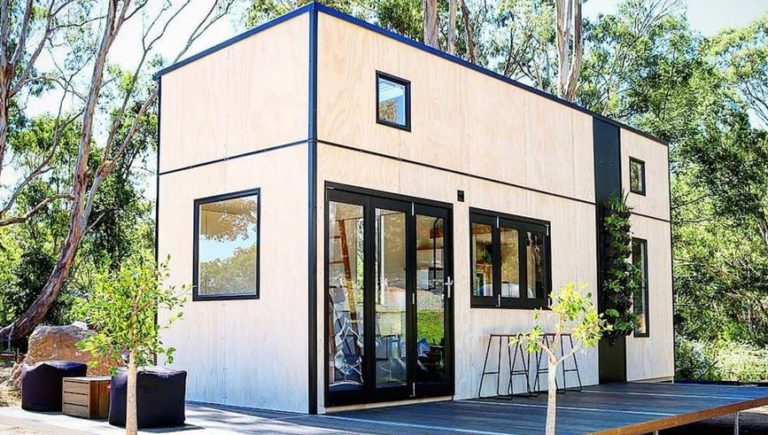 This Tiny House Has Two Staircases with Storage Integrated 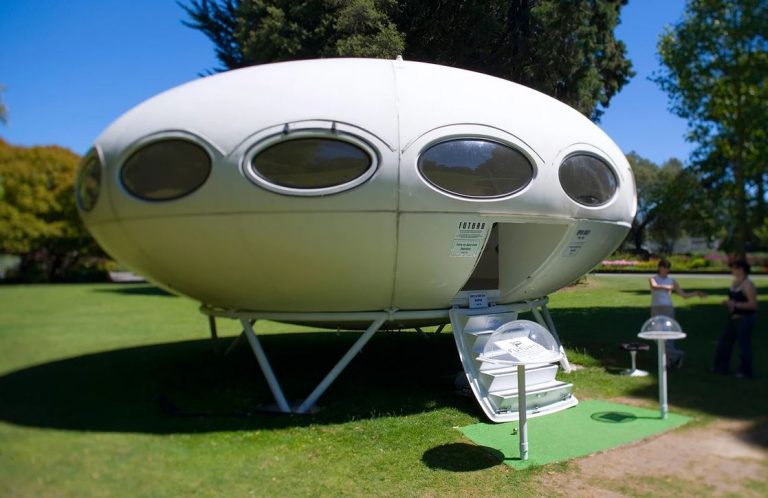